1-306-665-1224 hello@outsaskatoon.ca
Regalia: Pride in Two Spirits
Back to Resource Library

Duane Stewart-Grant, who is from X̌àʼislakʼala (Haisla) and nuučaan̓uł (Nuu-chah-nulth) First Nations in Canada explores his identity as someone who is “Two Spirited” – a queer, indigenous identity. He talks about how before the colonial era, First Nations people revered the “Two Spirit” identity, as they were viewed as embodying both the female and male spirits.

In Regalia: Pride in Two Spirits Duane also shares the importance of reclaiming his culture, in the context of the Canadian Residential School System. Duane shares how in his community, much of their culture and language was lost because during the Residential School era, Indigenous language and culture was made illegal. Learning language and culture for him now, has been pivotal in his own identity as a queer First Nations person.

Duane is now an apprentice with Mike Dangeli, a renown Nisg̱a’a (Nisga’a) artist in Vancouver. Regalia: Pride in Two Spirits captures Mike mentoring Duane in traditional carving practices, as well as a dance performance at the Vancouver Indigenous Friendship Centre

The film revolves around Duane’s ‘Regalia’ that he wears for ceremony and dance, and how his pride in his queer identity and his culture is embodied in his Regalia. 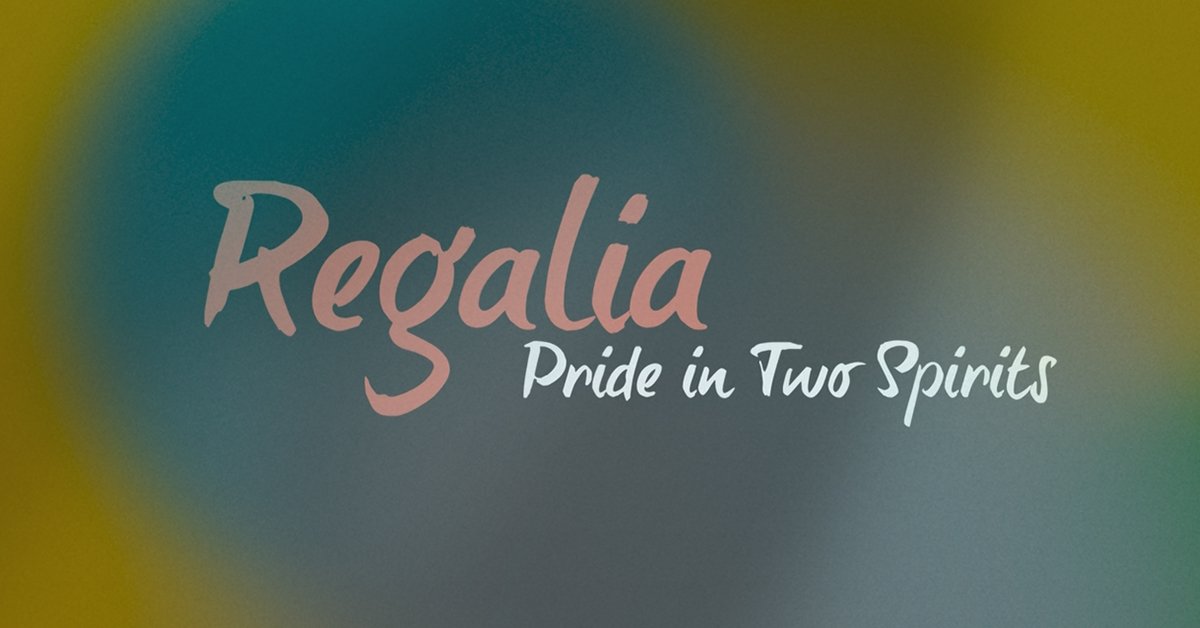