Part of a Tradition

In pre-contact times, Two Spirit were called the Gifted Ones… They were gifted because they carried two spirits, that of male and female, and were respected as fundamental members of Indigenous societies and kinships.

In some communities, the traditional language names are still remembered, in others, the dialogue is ongoing, and in some, they have been completely replaced with Christian concepts about sexuality.

The erasure of the existence of two spirit non-binary genders and same sex love from cultural memory does not mean it is not still there.

In the original languages, the words for the Gifted Ones did not have a sexual connotation and everyone was seen as having a gift that they could share with the world. Prior to colonization, Indigenous Peoples accepted cross gender roles; the focus was on the gifts, their spirit gifts, not their sexual orientation or gender.

Two Spirit people often performed both gender roles at ceremonies as healers, caregivers, helpers, teachers, dream interpreters, singers, dancers. Part of their work was to balance the masculine and feminine principles in the Universe… to restore harmony when those energies became unbalanced. Sometimes they were marriage counselors, sometimes mediators, sometimes adoptive parents if families were having a hard time, or helpers to the sick and elderly.

For the past 28 years, Two Spirit Societies have been gathering across Turtle Island to strengthen the identity, integrity, and wellness of Two Spirit People.

At the 3rd International Two Spirit Gathering in Manitoba in 1990, the name Two Spirit was adopted.

Two Spirit is a self-descriptor increasingly used by Indigenous gay, lesbian, bisexual and transgender Canadians who live within a traditional Aboriginal worldview. It asserts that all aspects of identity (including sexuality, race, gender, and spirituality) are interconnected and that one’s experience of sexuality is inseparable from experiences of culture and community (Alex Wilson).

Two Spirit is an identity shared among Indigenous Canadian and Native American LGBTQ people that situates same-sex orientation and gender variation within each nation’s cultural framework. Recognizing that different nations/tribes view identities in their own way, the Two Spirit community does not demand conformity to pre-set classification of Lesbian, Gay male, Bisexual, Trans, and Queer. Rather, Two-Spirit people privilege each community’s traditional understanding of difference, which often includes positive spiritual/cultural aspects concerning orientation and gender variance.

Reports of homosexuality and gender variation among Indigenous populations were common during the first centuries after the European invasion of the Americas. These stories became part of literature that both sensationalized local cultures and condemned them for being decadent and un-Christian. Later ethnographic research in the nineteenth and twentieth centuries confirmed that many Indigenous societies had identities for gender-variant people that regularized them within the man/woman division of labour and ritual. This process began at various stages, including early in the lives of children who preferred to be associated with the gender not assigned to them at birth, such as a little boy who chooses a basket, representing women’s work, over a bow for hunting, representing men’s work.

Travel narratives of Europeans among Indigenous Peoples speak of men called berdaches (from the Persian-Arabic word bardaj for a young male sex slave) who lived as women and would possibly have sex with, or marry, men. Now the term “berdache” is considered derogatory to describe Two Spirit people. In the nineteenth century, there is evidence of manly women, some who would marry other women. Such non-heteronormative identities, however, were rarely mentioned in the histories of First Nations across North America. Gay American Indians (GAI), established in San Francisco in 1975 by founder Randy Burns, gave hope to restoring traditions that recognize alternative orientation and gender expression in Indigenous communities. With the establishment of GAI, the next few years were dedicated to grassroots organizing.

Things came together in a gathering that took place in 1988 in Minnesota called “The Bow & the Basket” to address the damaging effects of chemical dependency and HIV. This meeting galvanized the Gay American Indian movement as it focused on better means of expressing identity and community.

In 1990, the third annual Native American/First Nations Gay and Lesbian Conference was held in Winnipeg, Canada. During the conference, Two Spirit (translated from the Ojibwa words niizh manidooag) was chosen as a new term to represent all LGBTQ people within the Nations without displacing each nation’s terms for identity and gender variation.

The purpose of Two Spirit is recognition that LGBTQ terminology may work alongside but cannot replace Native identities and the sense of belonging that such identities give LGBTQ people of First Nation/Native American descent. The term is especially popular among Urban Native populations and as a means of extending community identity to people from different First Nations. In more rural Indigenous communities, Two Spirit people are called specific tribal terms, such as winkte (one who speaks with the Creator) among Lakota and nádleeh (one who is changing) among the Diné (Navajo) people. These terms do not always translate well in the European Western concepts of sexuality and gender and they are tribal-specific, not generic or universal.

Coming out as Two Spirit

A Two Spirit identity that complements LGBTQ identities while nevertheless remaining distinct from them should be understood in terms of the challenges Indigenous communities have with encouraging the next generation to stay true to its roots. Too often, young people stray from the traditions for many reasons, including orientation and gender identity. LGBTQ identities strike many Indigenous Peoples as untraditional and part of the non-Native world. Two Spirit identity allows those First Nation people who identify as Gay to have an option that recognizes difference, but does not alienate them by marking them as non-Native. In addition, the Two Spirit community gives them membership in a tribe of many tribes, a sense of belonging to a group that appreciates tribal cultural sovereignty and difference, yet also celebrates the universality of orientation and gender variance. 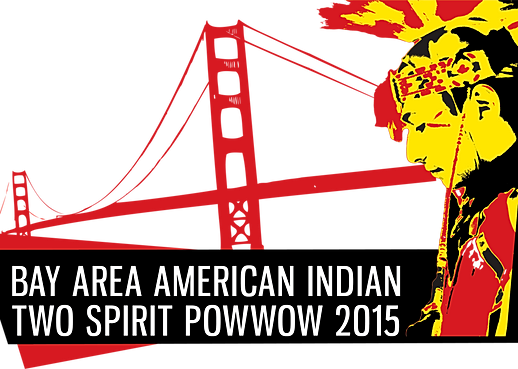 In coming to terms with the complexities of First Nation/Native identity and orientation-gender issues, it is not unusual for Two Spirit people to have a double coming-out narrative: first coming out as Gay, then “coming in” as Two Spirit. Within traditions with alternative identities that have survived colonization, this results in three identities: the designation of orientation/gender variance specific to the nation or tribe, identity as Two Spirit, and identity as Gay, reflecting membership in a nation, in the pan-Native collective, and in the LGBTQ collective.

Some Gay organizations have been incorporating Two Spirit into the identity acronym as LGBTTS or LGBT2S.

We'wha, Woman Chief and, Lozan and Dahteste: Among the most famous Two Spirit icons is the Zuni llamana (womanly man) We'wha, a pillar in her community whose physical strength, skills at producing baskets and weaving, and temperate disposition made her beloved among her people.

Other icons with articles in the Qualia Encyclopedia of Gay Folklife are Woman Chief (a fierce warrior who hunted and went to battle, identified herself as a woman, but living as a man and marrying four women). Lozen and Dahteste (two Apache women who lived and fought together for their people).

Osh-Tisch: Osh-Tisch (“Finds Them and Kills Them”) was a Crow badé (defined as not man, not woman) living amongst the Crow Nation as a woman who was anatomically male. During Osh-Tisch’s lifetime, he had experienced discrimination from the local Baptist missionaries. This persecution continued against badés even after Osh-Tisch’s death, which caused the badé folkway to decline after Osh-Tisch‘s death. During his lifetime, he was celebrated as a beautiful quilt maker and renowned for his bead work and leather medicine bags. Osh-Tisch was so revered by the Crow people that, when he was forced to cut his hair by an American agent, Chief Pretty Eagle ordered the agents off the tribal lands. During Osh-Tisch’s life, he endured much hardship but fulfilled his role as badé and warrior until his death in January 1, 1929 at the age of 75.

Osh-Tisch’s role as badé was crucial during the Sundance, a ritual where participants dance around a tall pole in a sanctified outdoor location from sunrise to sunset for days to fulfill a vow, or to help a person in need. The Sundance may also include piercing the skin on the chest or back with bone skewers that are then ripped out, and the torn skin placed on the pole as a sign of sacrifice. The ceremony was abolished by Christian missionaries and was lost until it was revived in 1941, but without the participation of a badé.

Hastiin Klah: Hastiin Klah, (also spelled Hosteen Klah) was a nádleeh medicine man, singer, and weaver. In Diné tradition, males are usually allowed to sing, chant, and become medicine men, while women usually do the weaving. Hastiinn Klah fulfilled both roles becoming a well-respected medicine man and weaver. He dedicated his life to learning the complexity of Diné ceremonies and mastering the art of weaving. In later years, he worked with Mary Cabot Wheelwright to preserve many of his songs, sandpaintings, and woven articles, along with various sacred objects he used in ceremonies. Wheelwright founded the Museum of Navajo Ceremonial Arts in 1937, which later became the Wheelwright Museum in Santa Fe, New Mexico.

Hastiin Klah died in 1937 at the age of 70 due to complications of pneumonia. The Wheelwright Museum was dedicated to Hastiin Klah, and a ceremony was performed in his honor. Recently the Navajo Historic Preservation Department’s Traditional Cultural Program Committee recommended viewing restrictions on Hastiin Klah’s ceremonial displays due to the private nature of Dené spiritual folklife.

Nations of the 4 Directions (San Diego)